Subject: – Restructuring of cadre of artisan staff in Defence Establishments in 6th CPC modification of recommendations of CPC – clarification regarding.

In continuation of Ministry of Defence I.D. of even No. dated 06th February 2014, on the subject mentioned above, it has been decided that the “Skilled” Workers who were already drawing the pay scale of Chargeman (Rs.5000-8000) viz, the promotion post of Highly Skilled/MCM, upto 31.12.2005 under ACPS, will also be considered for further financial upgradations, if due, in the next Grade Pay (Rs. 4600/-) in the hierarchy of Grade Pays, as available to Highly Skilled Workers/MCM.

sd/-
(Pawan Kumar)
Under Secretary to the Govt. of India 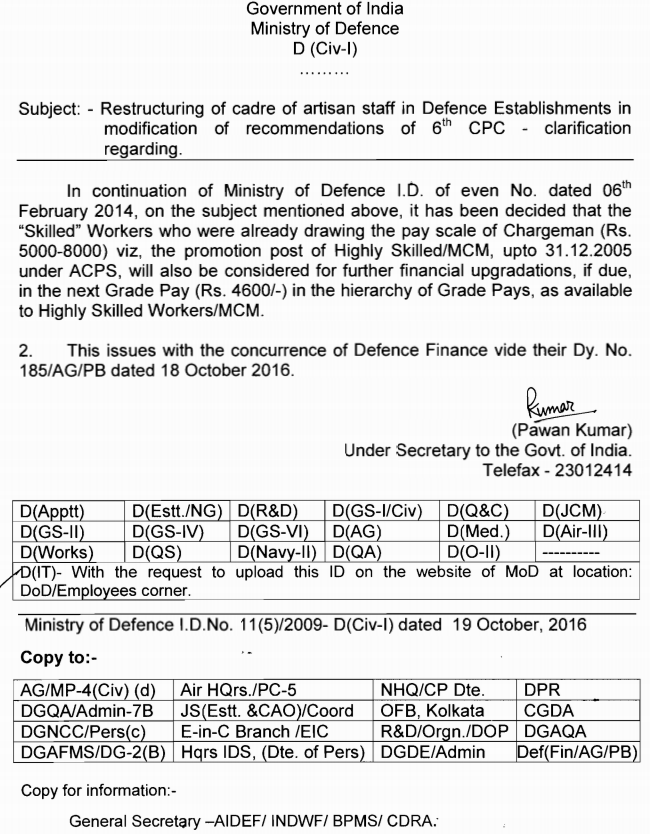