The next issue of CPI-IW for the month of November, 2017 will be released on Friday, 29th December, 2017. The same will also be available on the office website www.labourbureaunew.gov.in. 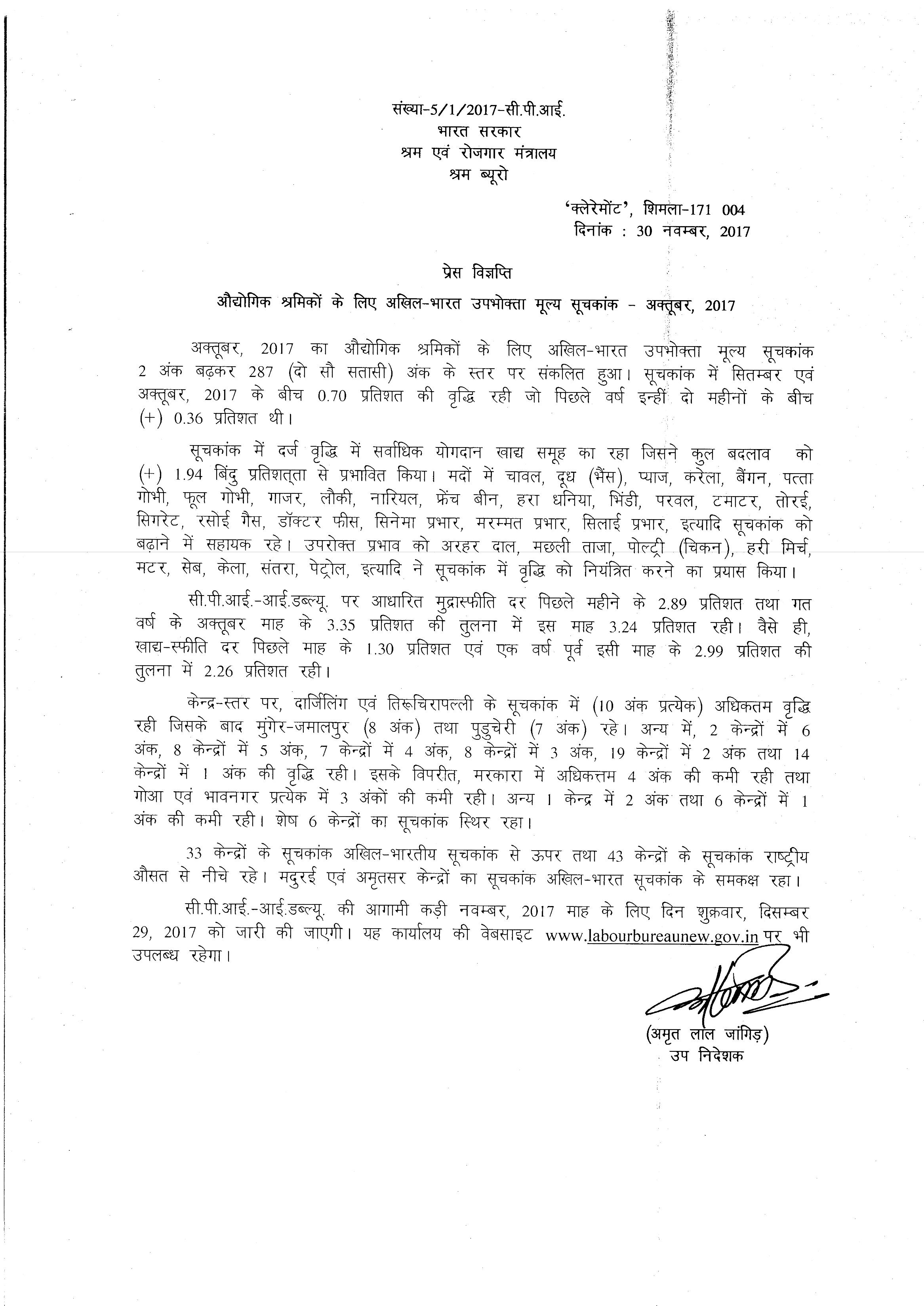